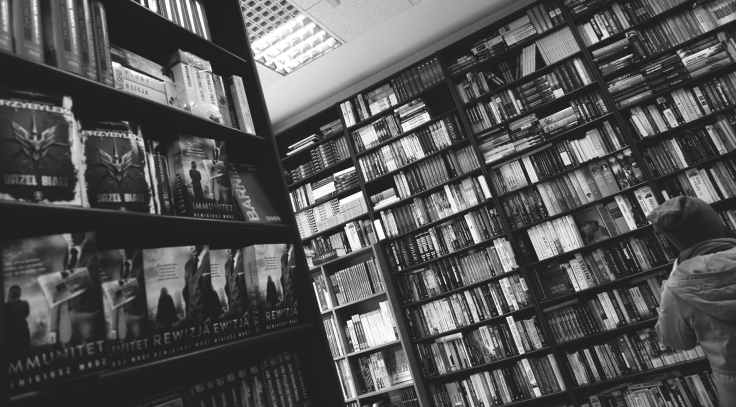 Heartburn kicked me out of bed at seven in the morning. The kind of heartburn that makes you think you’re going to throw up, in fact, the intensity was so persistent when first showed up several years ago I was afraid it might be morning sickness. Usually, when I find myself in my wheelchair several hours before I had planned to be awake I drift back to sleep in hopes of reclaiming a few of the hours that heartburn had hoped to steal. Apparently not today, instead I have continued my marathon of listening to the Just the Right Book podcast which I had taken a few weeks break from after bringing Pixie home. It has become my favorite podcast. I keep thinking that I have heard Roxanne Coady (the podcast host) before but other then a vague notion that it might have been on an NPR program I can’t place where which makes me think that is just wishful thinking on my part.

I love the podcast because it makes me think and in an era in United States history where we are largely expected to accept the things that are spoonfed to us without much independent thought it is truly a gem. Six weeks ago if you had asked me to make a list of the places in Connecticut that I wanted to visit I couldn’t have been named a single one. Now I want to visit Roxanne’s bookstore and buy every single one of the books mentioned in the podcast, even though many of the books are not ones I would’ve chosen for myself prior to listening to the podcast. I want to tell her about the book that changed my life because when she asked it at the end of her first author interview I remember thinking that that was possibly the best questions ever asked in an interview and I knew exactly what my answer will be. I actually wanted to own a bookstore as a kid even when I was old enough to understand that owning a bookstore isn’t all about reading and I would still have to do “chores” like stock, inventory and all of the nuances that fall under the heading of bookkeeping, which means math which in most other contexts is something I despise. I would do it cheerfully if I had a bookstore.

Since the likelihood of me being able to make it to Connecticut anytime soon is negligible I did the next best thing that came to mind. I did indeed sign up for the book subscription that I mentioned a few posts back. I haven’t gotten the first book yet but it should be shipped fairly soon. I find a book subscription appealing because while I don’t consider myself a very narrow reader (one who only reads a few genres) I am not nearly as widely read as I would like to be or as widely read as I feel it necessary to be considering the current social and political climate and if I were picking out the books for myself I would probably play it safe just out of habit. Stay tuned for forthcoming book reviews and a review of the book subscription experience in general.

5 thoughts on “Day 408: This is What Happens When I Have Been Up Since 7 in the Morning”