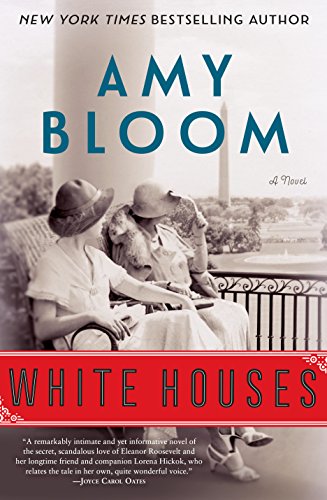 The good news is my draft folder has been getting a workout lately but I’m late writing this installment of Bookmail. White Houses by Amy Bloom is the second book I have gotten through my Just the Right Book subscription and it doesn’t disappoint. I have always been a great admirer of the Roosevelts but had no idea that Elanor had a romantic relationship with a woman.  There are letters to back it up.The book has been described as biofiction, literary nonfiction and historical fiction. I’m still not sure which suits it best. The book is told by Elanor’s lifelong friend and sometimes lover Lorena Hickok, the most well known female reporter in America at the time (she covered the disappearance of the Lindbergh baby and her theory was that Charles accidentally killed the baby and paid someone to stage the kidnapping rather than face his wife with the truth, she makes a good case for it.) who meets Elanor in 1932   while covering Franklin’s presidential campaign and moves into the White House as the First Friend.  She left her job with Associated Press and traveled around the country writing reports back to the newly minted FEMA about the conditions in which people were living during the Great Depression. I can’t believe I didn’t know about this woman.

Franklin was well aware of their relationship and supported it.Elanor handpicked Franklin’s secretary knowing that a romantic relationship would almost certainly develop between the two of them.Franklin and the secretary. Both relationships were an open secret. The thing that I like most about the book is that everyone is treated like a person, not just some wax idol from the past to be revered. Franklin was a great man who led the country during terrible times but he was also a bit of a self-centered womanizer who was used to getting his way.  People forgave him because of his charm and position and probably, even though I cringe to say it, his disability. Elanor could be the original ice queen if she was angry but you forgave her because when she wasn’t angry she made you feel like you were walking in the sunshine. The book doesn’t downplay anything.

I can’t say enough how happy I am with this book service. I requested this title as one of my books after hearing the author being interviewed on the podcast. Sure enough, in the mail, it comes. I  didn’t even notice the “signed copy” sticker until later that night! There was the author’s signature right in front and I missed seeing it because I was in a hurry to start reading I think my anniversary edition of The Princess Bride might be signed but I would have to check.

Coming Soon: What’s on my Kindle? Reviews of the e-books I’m reading, including If At Birth You Don’t Succeed and  Hell’s Princess, among others..